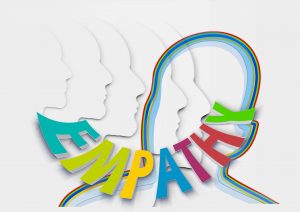 We have all had those “Aha” moments, when the blinders are removed, the light bulb goes on, and things become clear. These revolutionary learning experiences can radically change our entire approach to our jobs, or even life.
Here we look at one revolutionary shift managers can make to be truly exceptional.

Many people view the role of management as a one of power, one in which the manager exerts control over their team. This adversarial approach to management is rife with problems that can negatively impact the success of an entire team.
Consider, for a moment, Brian, a manager of a sales team. Brian believes that his position as manager means that he has been elevated above his employees, that they must serve him, and that his position demands that they respect him. In meetings, he tends to berate his employees for missing deadlines and quotas. Any attempt at discussing issues the team is facing, he interprets as whining or making excuses. In general, Brian does not respect the ideas of his team members, and instead expects them to do as he says, in the way he wants, with little guidance or discussion. He has been known to complain about how much time it takes to “deal with” his team; they know their job; they should just do it.  As a result, Brian’s employees tend to avoid talking to him. In meetings, they tend to keep their heads down and their mouths shut, anything to not draw Brian’s ire. Creative thinking is not encouraged. Collaboration between team members is rarely seen. When obstacles arise, or mistakes are made, each employee tries to handle the situation himself or herself, so that Brian never has to know about it. Or they point fingers at each other so they are not the one to fall under his wrath.  This often means a small issue turns into a crisis. Brian’s assumption is that his employees are trying to do as little work as possible, to get away with as much “goofing off” as they can get away with. In such an environment, strong team members tend to exit as quickly as their abilities will allow them to find a better situation, one in which they can grow, advance, and thrive. Those employees who remain tend to not be very invested in their own success, let alone that of the team. Brian definitely controls his team, but he does so through fear, not respect or compassion, and the team’s success is definitely limited.
What would Brian’s team look like if he approached them not as his underlings or adversaries, but instead viewed them as competent team members who were invested in their success?

Successful managers reject the idea that their relationship with their team is adversarial in nature.  Managing from a place of compassion means that a manager understands that their respect has to be earned, not demanded.  This respect is built, not by controlling team members, not by yelling at them, but instead by showing them compassion, by understanding that each employee is doing the best that they can with what they have to work with. If an employee is missing the mark, it is the manager’s job to work with them to find what they need to rise to the challenges.
A manager’s true role is to serve their team. This is the concept of Servant Leadership. This means that the manager knows his job is to find what it takes to help his team reach the finish line, to be successful. Instead of demanding and controlling, a compassionate manager nurtures their employees, helping them to find their strengths, and to overcome any obstacles with creative problem solving and as a team. A manager who serves his team helps them thrive.

The Elements of Compassion

What are important elements of managing from a place of compassion?

Releasing the attitude of an adversarial view of management frees us to view our employees as competent individuals who are not trying to pull a fast one. We are then able to view them, and even their missteps, with compassion, which, in turn, allows us to nurture their abilities, help them grow in their abilities and confidence, and facilitate not only their individual successes, but also the success of our team as a whole.

AdvantEdge Training & Consulting has management classes that can help you attain your own revolutionary learning experience.

The Smartest Investment You Can Make