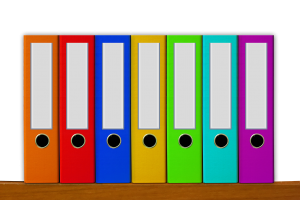 Once you know how useful metadata can be for your SharePoint lists and libraries (see our Just Tips post from October 2016 called SharePoint Metadata), the next task is to create your metadata columns.
First, figure out what metadata you would like to use for these columns. Typically, there is some sort of structure that exists, or did exist before moving to SharePoint, on the company server. This can act as a guide for the metadata columns. The important tip for this part of the planning stage for metadata is to remember that there was a reason the company is moving away from the company server, most likely that the structure makes it too hard to find documents. Luckily, using metadata columns will help solve this problem.
Although this seems like an easy transition, the use of folders tends to be an item that is hard to let go, mostly because it has been a part of our lives for a long time. It is how we were taught to organize anything that lives on a computer, since we had the capability to create folders. While using your folder structure as a starting place, it is important to note that terms should not be repeated in multiple columns, unless it is absolutely necessary. The planning stage is the hardest part, as everyone wants the terms they are familiar with; having numerous decision makers involved in the planning stages can be helpful, especially when it comes to company buy-in later on down the road.
Some great tools can benefit the process of planning for metadata columns, such as using Document Sets or Managed Metadata, which allow greater overall functionality in the future, and additional options to make everyone more comfortable with the decision to stop using folders. Remember, best practice for folders is to only use them when documents in a library require permission levels that are different from the actual library; otherwise, folders hurt the overall functionality of a list or library.
Once you have your metadata planned out, create the metadata columns, enabling employees to tag and find documents quickly. It is best to use Choice columns for metadata, as it limits choices, and can eliminate issues with automated functionality built later into the SharePoint list or library. Some common name options for metadata columns include Document Type, Category, Department, and Year.
Let’s build a few, based on the column choices above. Check out the video to see how it is done, and maybe get a few ideas for your own choices.

What is the best practice for folders in SharePoint?

SharePoint Integrations with other Microsoft Products